…and welcome back to our community update post! This month we don’t have any major user-ready features to show, but there are a number of things we’ve been doing in the background which will allow nice new stuff in the future. Here is a list of things:

Also we’d like to take this opportunity to give a quick update about the new interface design that we announced almost 1 year ago. We never gave an estimated release date because we knew these things sometimes tend to require more time than planned, and we did good 🙂 It has happened that even though the design phase has been finished for a number of months now (and we’re really happy with it!), the implementation has been very slow and we’re are not yet ready to give any estimate other than “at some point during 2019”. But yeah, it is coming! Aaaaand as a prize for your patient waiting here you have a little teaser so you can have an idea of the main design lines: 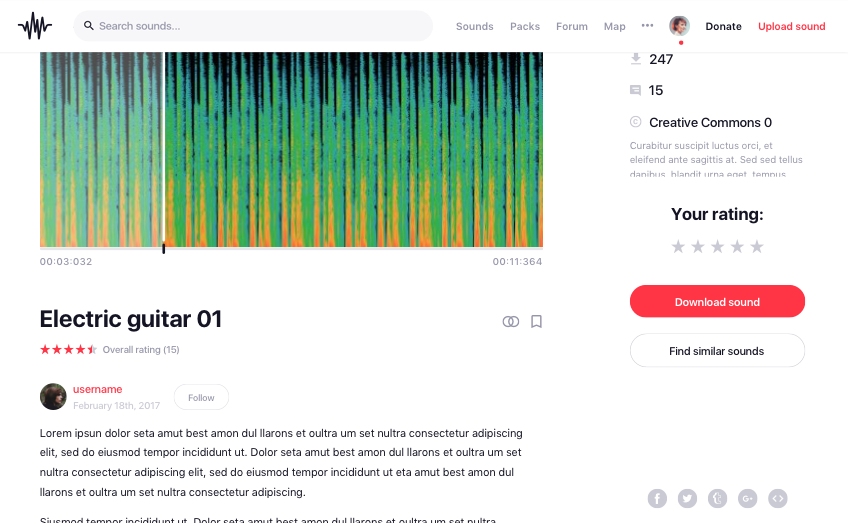 That?s it for now, enjoy Freesound!